The 2021 CONCACAF Gold Cup is a men's football competition for national teams organized by CONCACAF and it is held every other year. This year the Gold Cup will be from July 10th to August 1st and the venues include multiple stadiums across eight cities in the USA. What is interesting about the tournament this year is that for the first time the VAR system (video assistant referee) will be used.

In this article, we will discuss the Gold Cup teams participating in the 2021 tournament.

These are the thirteen teams that already qualified for the Gold Cup via the CNL tournament in 2019/2020: 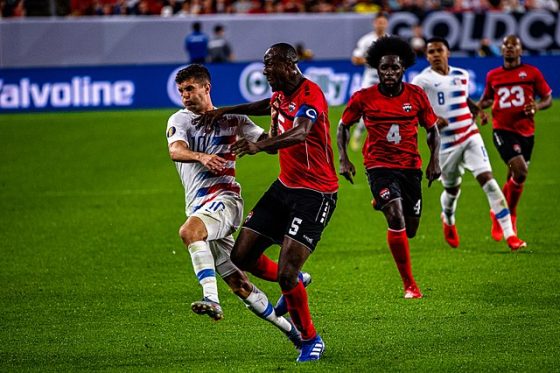 There are four teams in Leagues A, B, and C of the qualification tournament, and they are based on the results from the 2019/2020 CONCACAF Nations League. The first-round matches are as follows:

The winners of each of the first-round matches will face each other at a pre-determined table as they play through the second-round games, which will be on July 6th. The winners from the three matches on July 6th will continue as one of the already qualified 2021 CONCACAF Gold Cup teams.

The draw for the group stage was held in August 2020 based on the CONCACAF rankings. These are the four groups for that stage of the tournament.

Check out the CONCACAF Gold Cup schedule to see all of the upcoming fixtures.

Canada will play at the Gold Cup for the fifteenth time and before that, they only won the tournament only once in 2000. They also won the CONCACAF Championship once in 1985.

Honduras will participate in the Gold Cup for the sixteenth time and has twenty-one CONCACAF Championship appearances under their belt. Their best performance at the Gold Cup was in 1991 when they finished as runners-up.

Costa Rica hasn't won the Gold Cup, ever, but they have finished second in 2002 and have three CONCACAF Championships under their belt out of twenty-one seasons, and this will be their fifteenth time participating in a Gold Cup.

Martinique participated in the tournament seven times before and their highest rank was finishing in the quarter-finals in 2002. Grenada and Curacao participated only three times in the Gold Cup before and both teams haven't gotten to the semi-finals stage, yet.

Best US soccer coaches of all time: USMNT, MLS & more

American soccer players in Europe: Who are the best?

Gold Cup live stream: Where can I watch and is there a free stream?

USWNT Schedule: Upcoming Fixtures for 2021 and beyond